Is there a difference between Visual Facilitation and Graphic Recording? Sure, that’s a rhetorical question. But what is the difference? And what role do sketchnotes play in this context? This blog post attempts to draw a distinction, also with the aim of creating transparency for customers. So that you can book the service that meets your needs and better evaluate the value of that service. One thing is clear: Both methods serve to support a group in carrying out work better and more purposefully, but they differ in intention. One focuses on being accurate to content and has a “minutes” character, the other is more connected to the process and actively shapes it.

This article explains the difference between graphic recording and visual facilitation:

Graphic Recording is based on a chronological approach. It is visual documentation in real time. Or in other words: a visualized protocol drawn live. However, this facilitation tool was invented for meeting interaction, preferably on a large paper format, which can extend over several meters.

Back to graphic recording. We don’t speak of an illustration method here, but a process tool that has existed for 40 years. A distinction is made between a facilitative, a documentary and an illustrative usage.

Graphic recording transforms special content such as dialogues or presentations into visuals and text. The goal: to capture content, make solutions and meeting content visible and easier to understand. Originally always “analog” on a large paper wall, as already mentioned above, and over time now also in digital format i.e. in online meetings. For this purpose, there are digital tools (such as ProCreate), for example on the iPad. A projector can be connected and provide the advantage that visualized results can be projected onto a screen.

Let’s turn back time a few decades with a short retrospect: Graphic recording has existed since the late 1970s (the term “sketchnotes” has only been around since 2012). The method was invented by so-called facilitators, i.e. process facilitators, and organizational developers to make group work and meetings more efficient and sustainable. To this day, graphic recorders are process facilitators “with markers in their hand”.

Graphic recording is suitable for team meetings as well as for project, status or strategy meetings. Online worldwide or on site. For teams and management levels. For external projects or internal processes. For presentations, conferences and events of all kinds. Whereas in the past we delivered at extremely large events (sometimes with over 6,000 participants), we at Visual Facilitators are now specialized more on graphic recording for meetings.

“Nothing is more corrosive than a classic outline. Visualization is an incredible support to activate the hippocampus and let the concept fall into place.”

Sometimes graphic recording also leaves a solely documentary path and provides further impulses for new conversations and thoughts. This then goes beyond visual accompaniment and merges into visual facilitation – Here is how it can be distinguished:

Now towards the difference between graphic recording and visual facilitation: As already mentioned, visual or graphic facilitation goes beyond documentation and plays an active creative role in process facilitation, jumps in, co-creates, makes correlations visible and moderates visually. This leads a participant group to interaction. Without a doubt, letting this emerge this is a special challenge.

In their role, visual facilitators move between giving impulses and moderating. Complex content is brought into emergence, co-creation and discussion in a structured way. People are guided through a process in a special way that evokes participation, personal responsibility and creativity among all.

The combination of co-creative guidance and interactive visualization makes processes more conscious and sustainable. Participants gain clarity around their actions and decisions. In your business, in meetings, workshops, projects and at events.

Graphic Facilitation enables visual, interactive work with a group, i.e. participants are guided and led and that process is documented. A loop closed! All visualized results flow directly back into the group intelligence.

Use cases range from any kind of meetings and learning processes, to idea generation, to team building, vision, change and strategy work. This method is also a fit when developing of goals and mission statements, running scenario planning, for in product & services or in R&D, rapid prototyping or agile development.

Feedback of a Participant

“We had booked meeting facilitation for an important strategy meeting. The competent preparation was already convincing. During and after the meeting everyone was pleasantly surprised by the combination of visualization and moderation working so well. Thank you!”

The difference between graphic recording and visual facilitation – what is important to you?

A short and non-binding initial call will provide clarity for your way forward: 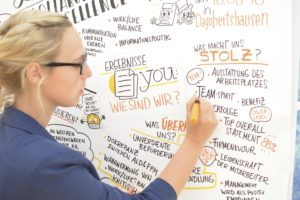 If you want to book a Graphic Recording and then make it a success, there are some points to consider. Your graphic recording booking requires 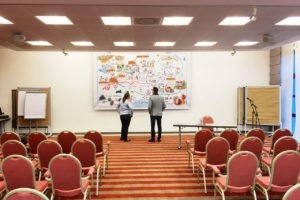 Why is Visual Strategy essential for Vision, Goal Achievement and Change? Visual Strategy: The Initial Situation An entrepreneur has to face enormous complexity, both outside 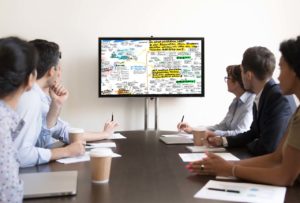 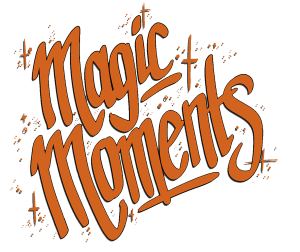